This research guide is designed to provide research starting points for 1Ls doing civil procedure research at the Northeastern University School of Law.

Massachusetts has a three-tier court system and a two-tier appellate system.  The highest court of Massachusetts is the Supreme Judicial Court, which was established by the Massachusetts Constitution of 1780.  Lower courts are established by the legislature.  These lower courts are the Appeals Court, an intermediate appellate court, and the Trial Court.  The Trial Court has seven departments, including the Boston Municipal Court, District Court, Housing Court, Juvenile Court, Land Court, Probate and Family Court, and Superior Court. 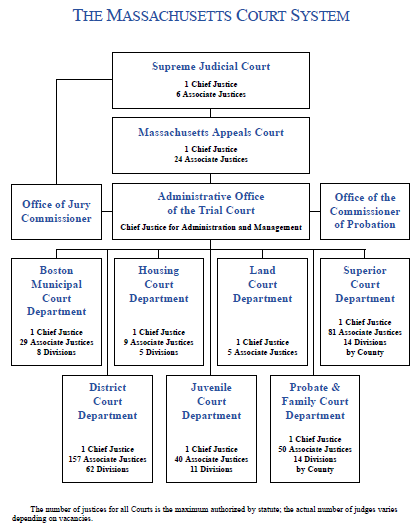 Massachusetts Rules of Civil Procedure are available in print, in subscription databases such as Westlaw, LexisNexis and Bloomberg, and on internet websites free of charge.

The above databases contain many cases from MA courts regarding civil procedure.  Below are some print materials, including court reporters, that you might find useful as you research issues on MA civil procedure law.